Sarah: It was an unusually mild February Texas night, I left the door open because I was waiting for a late date to arrive. While I waited, an adorable American Eskimo Dog ran into my apartment, followed by an equally adorable fox of a guy. 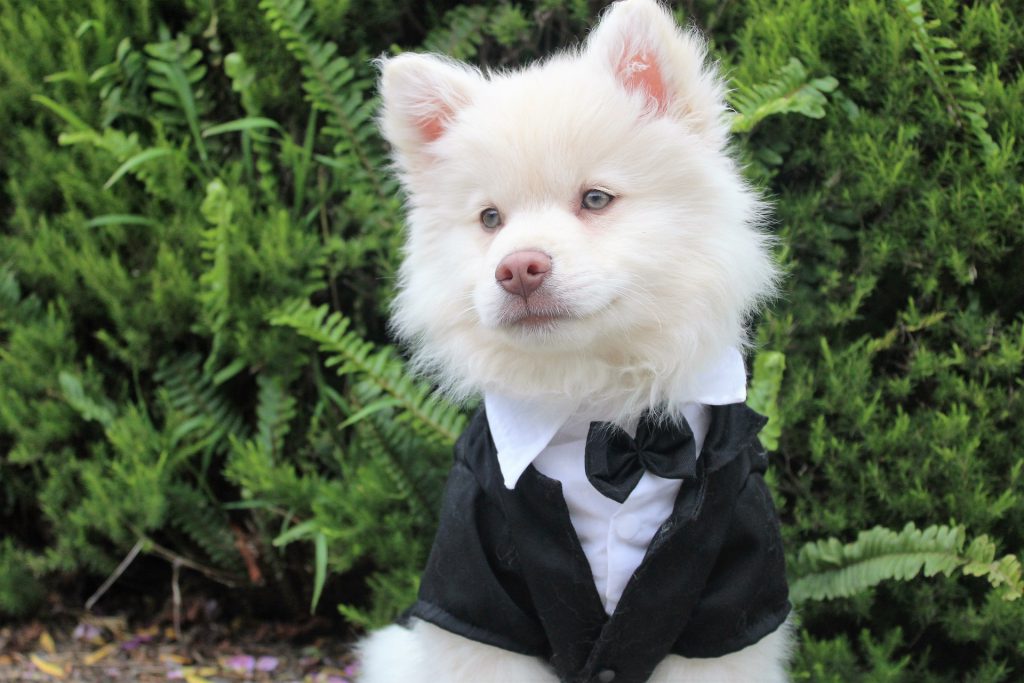 American Eskimo Dog that brought Jack and Sarah together

We talked for a short while, and seemed to laugh a lot! After being an hour late my date then arrived. Well, needless to say it was one of the worst dates I ever went on and I vowed not to go on another date for quite some time!

On Easter my family held a very large gathering with a group of their friends from work, and while I decided I did not want to attend, I was forced into the engagement by my sister. She mentioned that a fellow co-worker wanted to see my paintings and was very interested in art.

“What? What did you tell him about me?” I asked.

My sister shrugged. “That you don’t have a boyfriend.”

“Don’t do me any favors,” I told her. I could blame her boyfriend for this – he was determined to set me up with his brother, and I was equally determined not to fall for it. How weird would it be to go on a double date that included my sister?

My family was already as huge and bizarre as it needed to be. I’m the youngest of seven in a blended family, which made it possible for two half-sisters and a sister-in-law to share the name “Sarah,” a brother and a brother-in-law to share the name “Jack,” and don’t even get me started on the name Smith. Plus, almost all of them have kids. Why would I want to add to the confusion by dating my friend’s brother? Not to mention how awkward the situation would be if one relationship ended and the other continued.

Besides, I didn’t have time to date anybody. Easter was coming up, and I was helping get the house ready for the onslaught of relatives. My mom’s house had the biggest yard, and there were more than twenty nieces, nephews, and their friends coming to hunt eggs and have the big pre-Easter lunch on Saturday. The only way this guy could possibly see me was if he came to the Easter party, which would never happen. My brother invited him to come, but I didn’t think he would. Come to a house filled with nearly fifty people to meet a girl whose brother was dating his sister? Give every single member of my family a chance scrutinize, interrogate, and evaluate him? He’d have to be pretty self-confident for that.

The day of the big Easter party, I was finding serving spoons for eight different varieties of casserole when I looked out the window and saw a burgundy Harley motorcycle roll up the driveway.

“Nope, not interested a Harley rider at all,” I said when my sisters came in to tell me that he was really cute and of course he must have come to see me.

“Come on, You don’t mean you’re going to put him through all this chaos for nothing, do you?”

Then my dad came inside for a minute. “He has a nice motorcycle,” he remarked approvingly.

Wow, was I surprised to see it was the same fellow that owned the American Eskimo Dog!

The night went on and we laughed late into the evening!

Jack: After knowing Sarah for almost 3 years, I thought I had it all figured out, I would make arrangements at our favorite restaurant, order a nice bottle of wine, celebrate with a nice desert, and then ask the girl of my dreams to marry me! All went according to plan until I reached into my pants pocket to learn I had a small hole inside the trousers. I went into panic mode, I went looking under tables, searching the restaurant floor, looking inside the kitchen, the bathrooms, everywhere I thought the ring could be. I thought , “Well, this is just great, how could this night get any worse”, and on the way back to my apartment I had a flat tire. It also started raining and I was soaked to the skin with my suit in ruins. Sarah was visibly upset, though composed, and as I entered the apartment I looked off into the distance and realized I had left the ring on my coffee table so as not to forget! I proposed to Sarah soaking wet and despite my forgetfulness, she still said “yes”. 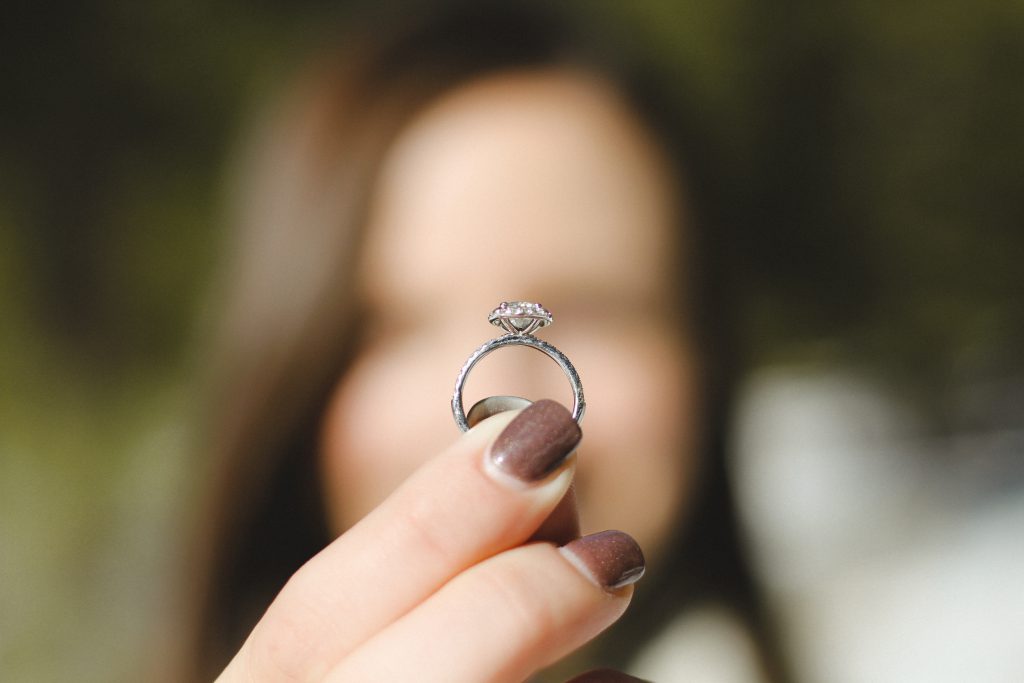